George Square to be the Beating Heart of Glasgow 2018 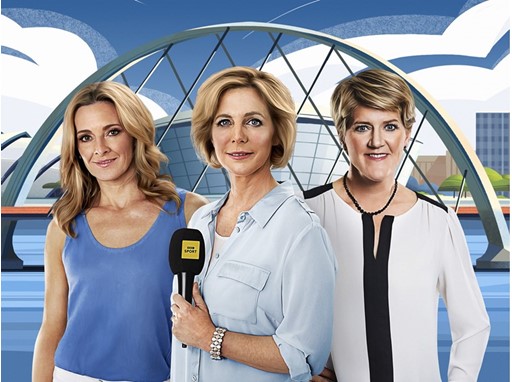 Work has begun on transforming Glasgow’s George Square into a centre for sport and celebration as we count down the days to the Glasgow 2018 European Championships. The traditional heart of the city, the space will play host to Cycling Road Race events and will be one of the main platforms for Festival 2018, the world-class cultural programme which will see the city burst into life during the Championships.
George Square has long been the place where the people of Glasgow gather and will be an anchor site for Festival 2018, playing host to the Great Big Opening Party and Closing night celebrations, with acts as diverse as electro-pop pioneers Orbital and new commissions from Turner Prize winner Douglas Gordon and the RSNO and traditional favourites from Celtic Connections.
With the grandeur of the City Chambers and the Cenotaph as a backdrop, it has been confirmed that George Square will also be the location of the BBC’s broadcast output, providing the background to hundreds of hours of coverage of some of the very best sporting coverage. Hazel Irvine, Clare Balding and Gabby Logan will lead up to 12 hours of daily coverage across BBC One and BBC Two.
Ron Chakraborty, Executive Editor, Major Events at BBC Sport, said: “This is a huge logistical exercise and I’m delighted that George Square will provide the backdrop to our coverage. With its incredible architecture and history, there is nowhere more synonymous with Glasgow and we’re thrilled to be using it as the base for our on-screen coverage.”
George Square itself will be a Championship venue, as the Women’s Road Race passes on Sunday 5 August and the Men’s Road Race passes on Sunday 12 August. The Men’s and Women’s Time Trial events will also pass by on Wednesday 8 August.
Championships Director, Colin Hartley, said:  “George Square is an iconic location, at the centre of the city and it will be the beating heart of the Glasgow 2018 European Championships. The banners are up and the flags are out, as we prepare to welcome the world to our home for 11 days of the finest sport and cultural celebrations.
“The months of planning and preparations are all leading to ‘The Moment’ where we can show the world what is special about our great city and everyone is invited to be a part of it.”
Festival 2018 has partnered with contemporary visual artists Joanne Tatham and Tom O’Sullivan to create a large-scale structure as the entrance to Glasgow’s George Square for the duration of the event. As part of Tatham and O’Sullivan’s commission they have also created the artwork for the Festival 2018 logo and brand which is now on banners across the city.
Glasgow’s city centre will be buzzing with activity, alongside the dynamic entertainment programme on George Square there will be delicious Scottish food and drink to enjoy, as well as the opportunity to catch up on the day’s sporting action on the big screens.